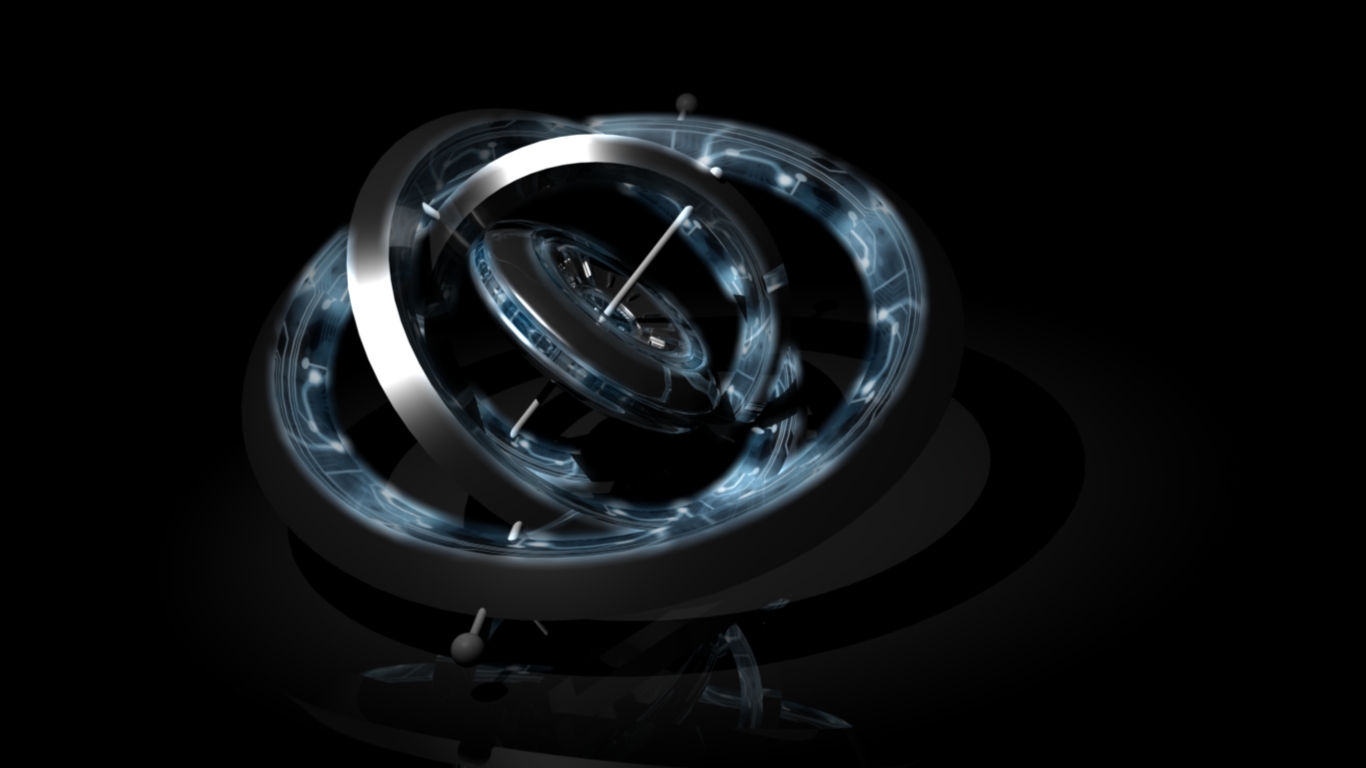 Our Pins Balance the Future

What is a gyroscope, you might ask?  A gyroscope, or gyro, is a device that spins on and around an axis. When spinning, the orientation of the body does not affect the orientation of the spin axis. Gyroscopes are very useful in modern navigation systems because tilting or moving the gyroscope will not affect the directional readings.  Most gyroscopes are made of a frame, gimbal, rotor, and spin axis (see Figure 1 below). The rotor is a freely rotating disk that mounts onto a spinning axis in the middle of a larger, more stable wheel. The preferred material of gyroscopes is aluminum because of its expansion and strength characteristics. However, more sophisticated (and expensive) gyroscopes are titanium. Typical machine metals such as steel, carbide, or ceramic are too heavy for most applications of gyroscopes.

The History and Development of the Gyroscope

During the mid-to-late 1800’s, people all over the world were using gyroscopes. Each had a different design, but they were all very similar to the image below. In 1852, the french experimental physicist Leon Foucault made the first gyroscope. He made it as part of a two-part investigation of the rotation of the earth. When the earth rotated beneath the gyroscope, the gyroscope would maintain its orientation in space. Between the years of 1905 and 1907, the German inventor Hermann Anschutz-Kaempfe used a gyroscope for marine navigation.

Today, gyroscope manufacturers machine their own gimbals and axles from aluminum because of its expansion and other strength characteristics. Some premium gyroscopes are titanium because of its improved characteristics over aluminum. The directional pins in gyroscopes are often carbide or hardened steel for strength. The precision involved in manufacturing these precision pins is at levels that only an experienced machinist with specialized equipment can achieve.  In most cases, precision grinding and lapping of these pins are required because of the tolerances required.

An object in which most people are familiar with that closely relates to a gyroscope is a toy top. If a toy top was placed on a flat surface near the surface of the earth at an angle to the vertical and is not spinning, it would obviously fall over due to the force of gravity producing a torque on the center of mass. If the top is spinning on its axis, it will not fall over, but instead due to precession will spin around its vertical because the torque is on the center of mass, providing a change in angular momentum. Figure two below shows the marvel of gyroscopic precession.[1]

Gyros are commonly used in aircraft instruments in altimeters, compasses, and turn coordinators. These instruments contain a wheel or rotor which is rotating at a high RPM (revolutions per minute) which gives the system properties of rigidity and precession. The gyroscopes within the instruments typically are vacuum-driven or electrical and use the basic gyroscope principles to display the attitude of the aircraft. Recently, laser gyroscopes have replaced mechanical gyros because of advances in laser technology.

When autopilot flies a plane, they constantly use a gyroscope. These devices prove to be very critical to the operation of Aircraft – several fatal crashes occur each year in the United States in general aviation because of loss of control caused by the failure of the gyro horizon or the vacuum pump, disorienting the pilot. The U.S. military trusts the lives of their pilots and many others to the ultra-precise central guidance pins created by GLE Precision.

Gyroscopes have a broad range of defense applications today. For example, one will find gyros in modern ICBM/nuclear missiles, Abram tanks, and military aircraft. These devices have proven to be very effective in these systems which can require an in-flight change in direction with precise location and target readings. As more tanks, planes, missiles, and personnel are outfitted with advanced targeting systems, the need for gyroscopic navigation systems to partner with targeting systems will rise.

The Hubble Space Telescope finds a use for six gyroscopes, three of which must always be functioning for maximum efficiency. Through the stability given by gyros and its reaction wheels, the Hubble can turn, focus, and be stable enough to capture images with extreme precision on targets billions of light-years away.[2] This can be a tough challenge for a telescope that is orbiting around the Earth at 17,000 miles per hour. According to NASA, “Hubble has the pointing accuracy of .007 arcseconds, which is like being able to shine a laser beam on President Roosevelt’s head on a dime about 200 miles away.” [3]

Open waters and rough seas are not always conducive to comfortable passenger travel on ocean liners or even large yachts. The introduction of the World War I transport ship USS Henderson in 1917 signified the birth of gyroscopes used in marine applications. Since then, ship stabilization has been achieved by flywheel systems in conjunction with gyros, even in the roughest conditions. Stabilizing fins are another technology for counteracting ship movements, but they require forward motion. A gyroscope can steady anchored or low-speed vessels, although they are traditionally more expensive and much heavier than stabilizing fins.[4]

All Gyroscopes operate off a singular central critical point or pin.  These pins can be made of anything from stainless steel to carbide.  For most gyroscopes, pins must have high precision and extremely good micro finishes. This is in order to perform at the levels required by today’s technology and safety standards.  Typically, the central pins will have precision requirements that range from .0001” to .000006” tolerancing with micro finishes of 1Ra or less.  These characteristics allow these precision pins to spin freely and accurately enabling the technologies that drive Defense and Aerospace today.  GLE Precision has proven to be a critical supplier of this technology across industries in the United States.