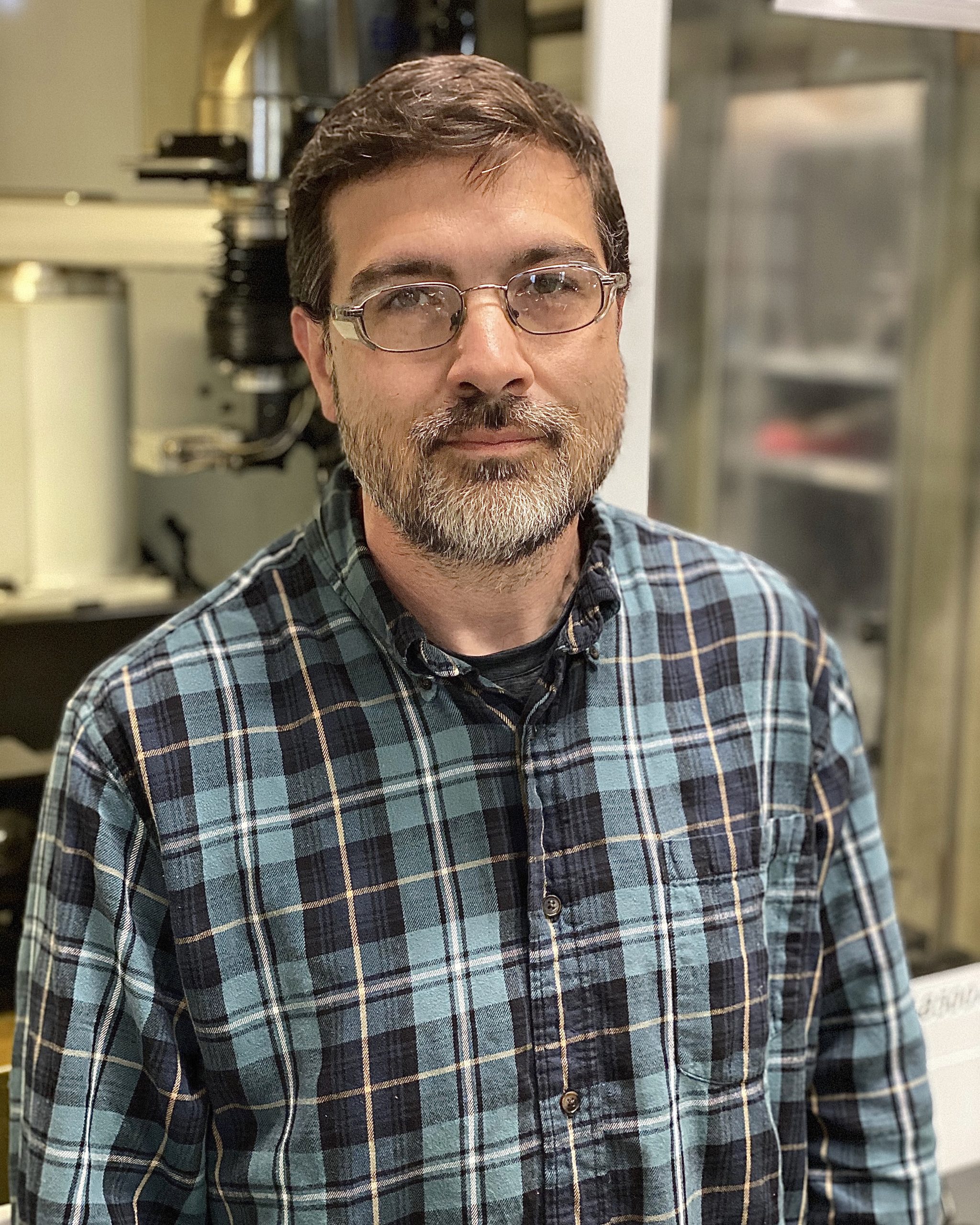 When GLE monoset grinder and team leader Scott Heike says he’s worked on bigger parts, he doesn’t mean actually big parts. He means parts that are an inch or so across instead of microscopic.

“I grind forms on the outer diameter of parts,” Scott says. “I work on parts of all different sizes but we do a lot of really tiny stuff. It’s mostly precision, small stuff. It’s hard sometimes.”

Scott came to GLE nearly 25 years ago after working for a van conversion company, making stock vans into luxury models. He knew he liked working with his hands and the shift hours appealed to him.

“I just found it very fascinating,” Scott said. “You’re making a lot of interesting parts for different companies. It’s always different. You’re not just doing the same thing every day. There’s a lot of variety, a lot of challenges. It’s not boring, that’s for sure.”

That variety and challenges have kept Scott’s interest over the years, the days flitting by as he thinks about the next challenge and moves about the shop. He never dreads coming to work and he takes pride in his work, knowing that he’s a hard worker who is smart, dependable and willing to tackle difficult jobs.

“Scott’s one of those guys you go to to get things done and work with to figure things out,” production supervisor Chris Ostrander said. “Right now we’ve got him on a very difficult job that we’ve been struggling with. We knew it would be a tough one when we first got it. We all got together and we talked about it and we figured out how to do it. In our eyes, if we can do it, that’s one step up for us – people come to us when no one else can do it.”

With an ever-changing workload, there’s still a lot of trial and error even after two decades. Scott says that it’s satisfying to figure projects out, knowing that you accomplished something few people can do. It has also been rewarding to work on aerospace projects and incredibly tiny parts for a company that makes products for glaucoma surgery.

“It’s neat to get good parts to come out when you have to put them under magnifiers to see them,” Scott says. “We’re kind of the shop that people come to when they can’t do the work. We do a lot of niche stuff that other people can’t or won’t do, that’s kind of our specialty.”

As a team leader, Scott Heike assigns projects, moves jobs around the shop, and keeps the OD, EDM, and monoset departments running smoothly.

“Scott is probably one of the easiest going guys that you’ll ever meet,” production supervisor Steve Tagget says. “He gets along with everybody. He’s always there to help people out when they need help. He’s kind of the liaison between the machinists and me – he’s just an all-around good guy.”

Off the clock, Scott is a serious sports dad, cheering on his son and daughter at their games. He also loves landscaping, hunting and fishing but mostly, there’s always something going on with the kids.