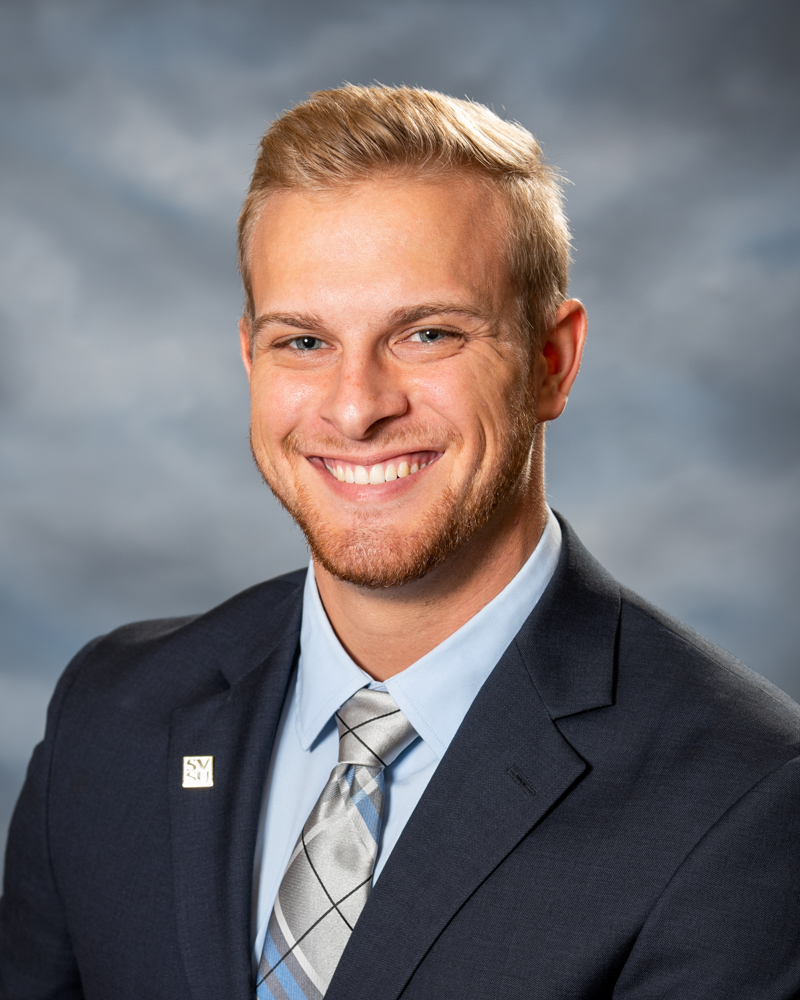 GLE Precision sales engineer Nathan Binder isn’t what you might picture when you hear “mechanical engineer.” He isn’t just focused on the numbers, the process, and the result. He wants to build relationships with customers and share how GLE’s highly skilled team can do more for them. He also wants to be innovative in other ways, stepping up to market GLE’s capabilities on social media and YouTube and suggesting a chili cookoff or a corn hole tournament to boost employee morale.

“I think I’m kind of a creative guy in the workplace, which I didn’t realize until I came here,” Nathan says. “That’s another reason why sales engineering fits me really well. I went into engineering because I was good at math and science, but creativity is something that I have too. That can be hard to find in the engineering world.”

Nathan brings a different energy to the sales team with his technical expertise and helpful personality — always happy, joyful, helpful, loyal, and willing to serve others.

“He compliments our sales team really well because before it was just Clint and me, and we’re very introverted, where Nathan is more of an extrovert,” fellow sales engineer Ashley Smith says. “So to have that personality with us really compliments our team. It’s a joy to have him around.”

Nathan enjoys working with people, but that part of his personality didn’t come up when he picked an engineering major. Nathan got real-world experience through co-ops at different companies and found the right fit for him after a sales engineering co-op with GLE. That co-op led to a full-time job in August 2019.

“I went into engineering because I was good at some of the topics, and then I realized I didn’t want to miss out on the human aspect,” Nathan says. “I tested out different fields, different companies, and I figured out that I liked working with people. That’s hard to do in classic engineering, so this role in sales engineering fits me pretty perfectly.”

As a sales engineer, Nathan strives every day to meet the next challenge, develop a rapport with customers, work with the shop and materials suppliers, and figure out how to make the impossible possible when a new or longtime customer needs something really unique. During his co-op, Nathan reached out to a medical supplier that had previously ordered gages from GLE.

“I said, ‘Hey, we can do a lot more than this. This is the bare minimum of our capabilities,’” Nathan says. “He said, ‘Oh, that’s interesting, let me send you some quote requests.’ So he sent me a drawing and I worked with the shop because it was a pretty complicated drawing. They work with very small implantable devices. Actually, they say it’s the world’s smallest FDA-approved medical implant, which is really cool.”

Nathan takes pride in how he grew that relationship from gages — something another machine shop could do — to custom tooling that someone else might not have been able to do. And how the GLE team showed another client that it’s not an attitude of “we can’t do that” but “let me think about it.”

“It’s kind of a pride thing. I formed a great relationship with them and I still never know what’s going to come through that door but it’s awesome to be able to help them out,” Nathan says.

More Than an Engineer

In his interview, Nathan wowed with his social media skills and has continued to impress with his enthusiasm.

“We always ask about how you would market our company because it’s a difficult company to market since we sell talent versus a product. He talked about using Instagram, LinkedIn, and Facebook and he totally stuck to his word,” Ashley says. “… He comes up with the best ideas for team building. He just really wants to have a positive environment for everybody to work in. You couldn’t ask for a better coworker.”

His work on social media is taking GLE to a whole new level and his personality brings the social skills that don’t come naturally to many engineers, general manager Clint Bucholz says.

“There’s never a conversation where he doesn’t have some creative idea, which as a manager, those people are always a joy to work with,” Bucholz says. “I’m not saying that every creative idea is wonderful but I love working with people who are thinking and engaged. It’s not uncommon for him to challenge us or come with, ‘What about this?’”

Outside of work, Nathan just got married (yes, in the middle of the pandemic), plays in a slow-pitch softball league in the summers, and is very active in his church. He’s in the #blessed and #adulting chapter of his life, as he appreciates the opportunities he’s had and where he’s headed now.

“I’m settling into my full-time role,” Nathan says. “I’m not just involved with student-run organizations anymore, my activities outside of work are getting more serious. I’m on a young professional board for a local organization instead. Yeah, I’m really starting to ‘adult.’”